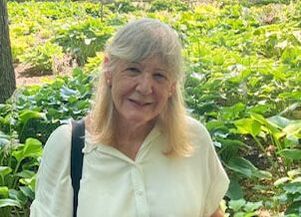 I have been privileged to work as a playwright for many years. As a freelancer, I have worked as a director, actor and teacher of theatre which has given me insight to how theatre works backstage, onstage and off the stage. I have created theatre in schools (including their gymnasiums and cafeterias), caves, nature centers and libraries. Theatre is everywhere.

I have fifty published plays which have seen over 1500 productions in every state in the U.S.A. as well as on five continents (Still looking for South American and Antarctica.) My plays have been popular in the high school one-act play festival competitions and my ten-minutes are used regularly for forensics.

I make my home in White Bear Lake, MN - home of the polar vortex, 10,000 lakes and the exquisite lady slipper orchid. There are cats on the keyboard, grown children nearby and a bemused-by-theatre-but-ever-supportive husband who supports my every endeavor and eats all my pasta dishes.