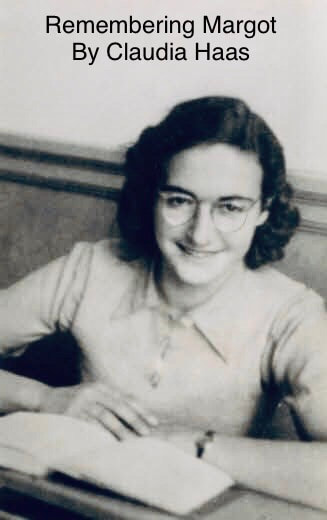 Remembering Margot:
CAST: 8-18 (15 teen roles; 3 roles early 20's)
This play is a re-imagining of Margot’s brief life based on newly-surfaced photos of her. Rather than the depressed, “head always in a book” snapshot of Margot, the photos show an athletic, fun-loving teen enjoying the company of friends. It is always noted that she was a brilliant pupil which tells us that there was a very good intellect at play. So while the play is by no means a scholarly look at the life of Margot Frank, I hope I captured her spirit. And maybe moved her out of the shadow of her famous sister just a bit. I hope she doesn’t mind. Margot never sought the limelight.

“I think it’s wonderful what you are doing for Anne, but I think it’s a pity that nothing is mentioned anymore about Margot. She is also worthy of being mentioned.” – Margot Frank’s close friend Frijde in a letter to Otto Frank.

“Times change, people change, thoughts about good and evil change, about true and false. But what always remains fast and steady is the affection that your friends feel for you, those who always have your best interest at heart.” – Margot Frank

Letters from Lisette
Cast: 11 (6f, 5m) or with doubling: 6 (4f, 2m) many extras possible
Running Time: 75-85 minutes
Area staging
Fantasy, serio-comic
SYNOPSIS: There is a story that Kafka found a young girl weeping in a park. He tried to console her, but she was bereft. She had lost her doll and would never get over it. Kafka announces that he has a letter that he found and he wonders if it could be from her doll. It was! And so began a three-week correspondence where Kafka wrote daily letters for the girl from her travelling doll. Her doll was not lost. She was merely travelling to return to her beloved France. The story might have gone something like this…
Developed at The Growing Stage, NJ
Excerpt 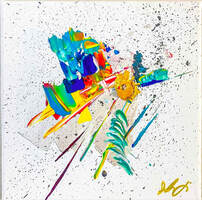 Soundscapes (co-written with Sarah Grace Kraning)
Cast: 13-33 plus (8 or more females, 2 or more males)
Running Time: 60 minutes
​Area staging
Drama; large teen cast
​SYNOPSIS:  Iris has synesthesia. She has no idea. She simply thinks that everyone sees colors and shapes when music plays. As she becomes a teen, she learns that not only is that not true but others think it weird or to put it more kindly – “wildly imaginative.” As Iris tries to downplay this trait, she increasingly finds herself at war with herself over what is natural to her.
To be developed June 2022
Excerpt 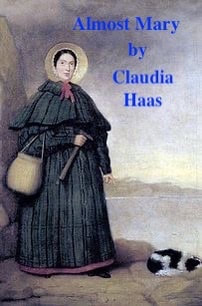 Almost Mary
Cast: 12+ (6 female, 4 male, 2 male or female; expandable)
Running Time: 75 Minutes (approximate)
Drama, History, Biography
Area staging for the Cliffs and outside Mary's cottage. Projections would enhance the sense of grandeur from the cliffs.
SYNOPSIS: Mary Anning is considered the first female paleontologist. She lived in Lyme Regis which is still a hotbed of fossils. She learned to find fossils at her father’s knee. After her father died, she continued to find fossils and sell them to help her family earn a meager living. This play chronicles her first big discovery at the age of twelve: an ichthyosaur (fish lizard). Mary had little schooling but was a learner. She read incessantly, carefully chronicled and drew all of her findings. Her thirst for knowledge began at an early age (and was attributed to being hit struck by lightening although that is more lore than fact). Mary’s brother Joseph found a large (4 feet) fossil head. Mary believes that the entire fossil could be found and the play is about her efforts – against all odds – to do so.
Winner 2016 Old Miner's Children's Playwriting Contest. Developed at Utah Valley University.
Excerpt 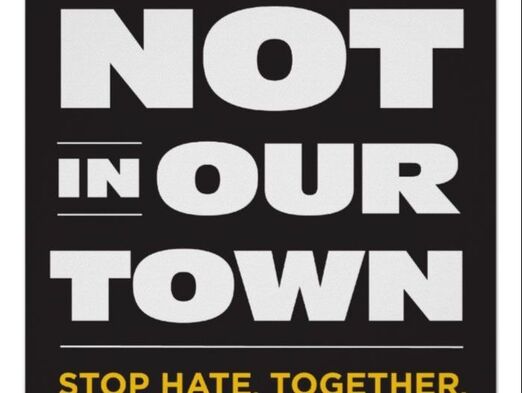 ​Not in Our Town
Cast: 11-15 (3 female, 3 male, 5 either gender; optional chorus of 4+); large teen cast
Running Time: 45-50 minutes
Area Staging
Drama
Synopsis: When a brick is thrown a young boy's window because of a decal of a menorah, the people in Billings, Montana must address how to grapple with this. What they finally did is quietly brave and poignant. The play recounts the start of the "Not in our Town Peace Movement." It is perfect for the holidays or any time of year when you wish peace in the world.
Excerpt 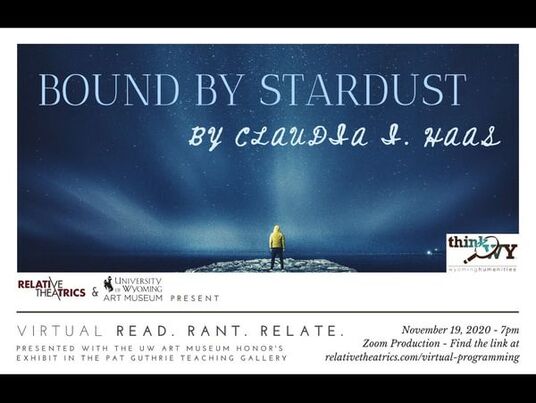 Bound by Stardust
Cast: 3 (1m, 2f)
Running Time: 90 minutes
Set: Unit set with 1 insert
Drama
Miranda dwells in the past. Any past – as long as the world is prior to her father’s death 2 years ago. Reeling from her mother’s remarriage, Miranda spends a week with her great aunt and acquaints herself with an ancestor from her father’s past – the Russian explorer Otto Schmidt.
In the confines of Elsie’s apartment, Miranda travels back and forth to the North Pole gleaning information about the nature of the universe, loss and ever-lasting presence. Turning to the stars, Miranda works at building a way of reaching the past and finding her father.
Developed by Purple Crayon Players
Excerpt